The magical carrot and orange soup 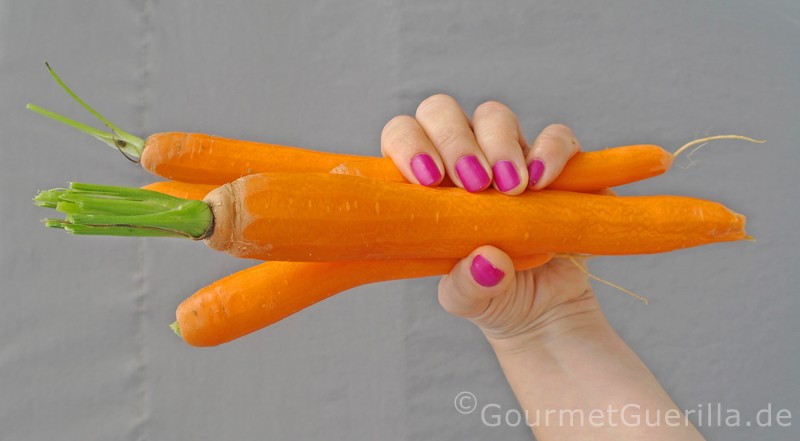 With this soup I have enchanted the man. Although he would probably deny that. But I firmly believe it and that's how it happened:

When the man and I got to know each other on the birthday drink of a friend, I invited him a few days later to intensify diplomatic relations with the food , And in my little Frollein mansard on the 5th floor of a very high old building. Without elevator, of course. At least that had the advantage that between the ringing at the front door and the actual arrival of the guests in my apartment already could pass 5 minutes. Enough time to check the make-up, open the champagne bottles, shovel the pile of clothes under the bed in the bedroom ... and change for the third time on a particularly undecided day.

So, while the man goes through the 5 floors worked up to me in my Rapunzeltürmchen, I did all this and also threw a final look at the set table. Was not the decoration too deliberate and set up? Were 4 candlesticks maybe a bit much? And what had I thought of these sweetened glass raspberries, which I had carelessly scattered on the pink gauze blanket?!? It rattled on the door, no time to make any changes - the man was there.

We chatted while I poured drinks and finished the soup with the last touches. The man had meanwhile discovered the berries on the tablecloth and apparently found it appealing. In any case, I suddenly found myself frightened as he picked one of the glass-berries and was about to put them in his mouth. With a frightened exclamation, I hugged him and barely prevented the worst. I think the man has been puzzling for a long time why Frollein's all over the world put things on the table that look like food but are not edible.

To distract a bit from the unscheduled incident "I talked at length about the soup we were about to eat: carrot and orange soup.

I briefly suspected I had seen it startled in the man's face. But I must have been wrong. Because when I served the plates, the man took the spoon and dipped it very decidedly in the soup. Later he told me that he was terrified of hearty dishes made with fruit. He hates, for example Hawaii toast and German curry dishes with peach over everything. But at that moment, he had decided to bravely eat whatever I put in front of him - fruit or no. And then the unbelievable happened: the man not only liked the soup, it even mouth-to-mouth. I was even allowed to look him up twice. The evening was very harmonious. 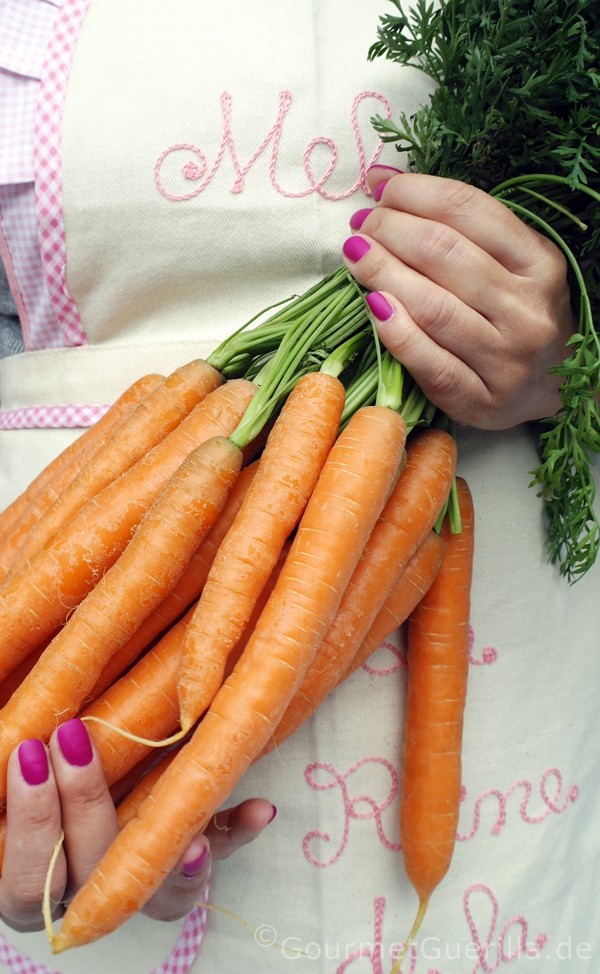 Today we've been together for seven years and I regularly cook the magical carrot and orange soup. I think the soup convinced him then that you should try a frolic, which has a crazy table decoration, but can do amazing things with fruit.

The pink blanket is by the way, sorted out by the way. And the man has never had the impulse to eat chestnuts. 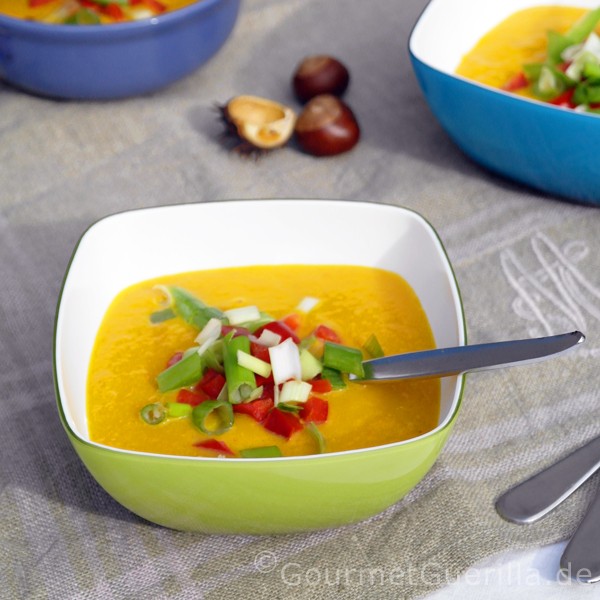 6 big carrots peel and cut into coarse slices. Peel 5 cm ginger and 3 garlic cloves and finely chop. Add 1 good teaspoon of Thai red curry paste and stir-fry for about 1 minute until it starts to smell.

Then add the carrot slices and fry for 5 minutes, stirring frequently.

Puree the soup and let it steep for a few more minutes. If the consistency is too thick, stir in some vegetable stock. Finally, add salt , pepper and 1 dash of lime juice to taste.

1/2 red pepper and 1/2 spring onions with the green part finely cut. Scoop the soup into small bowls and sprinkle with paprika and spring onion cubes. 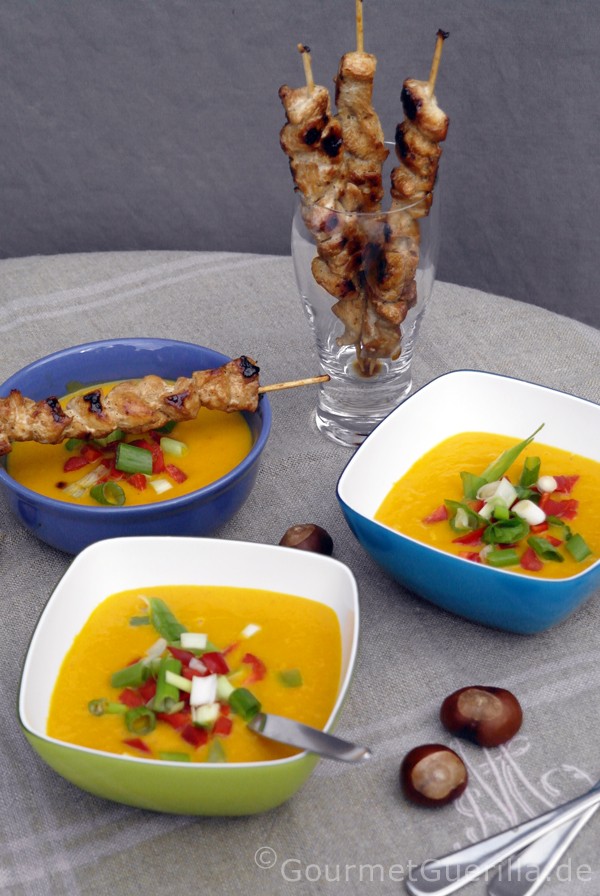